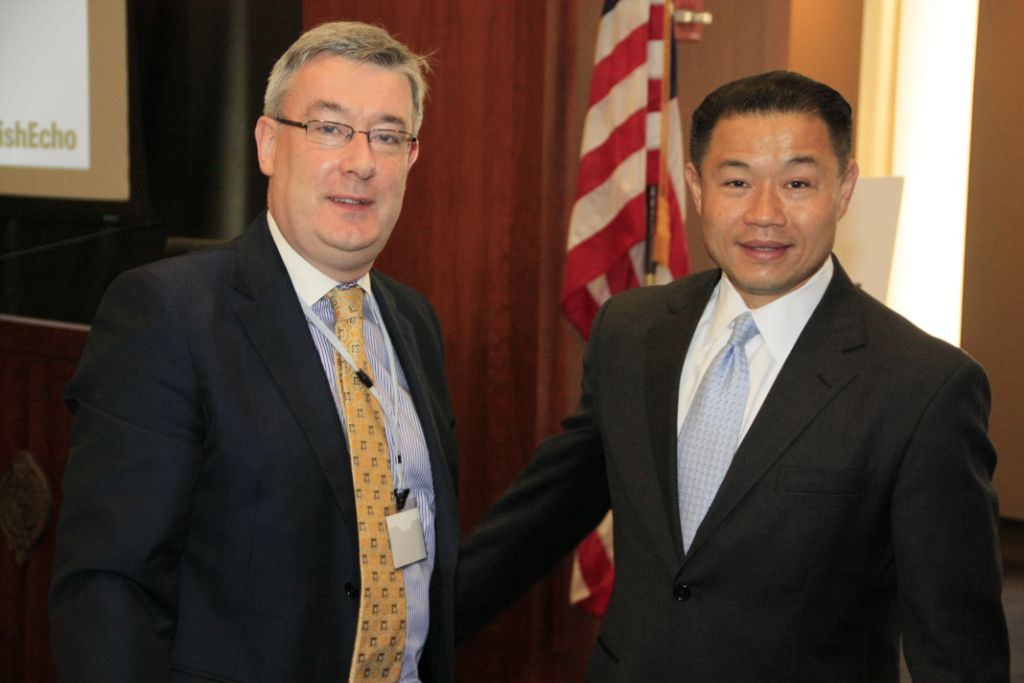 A top flight list of speakers, including New York City Council Speaker Christine Quinn and New York City Comptroller John Liu, outlined a vision for the future of the expanding relationship between two cities that already share much in history and are on track to work together on an even more integrated basis in the coming years.

The conference was followed by the fourth annual reception and luncheon highlighting the Irish Echo Index 30 Awards, held at the Empire Hotel. The Index recognizes the top 30 companies with operations in both the U.S. and Ireland.

The luncheon featured a series of awards presented to five honorees, the chief honoree being Massachusetts congressman, and former Friends of Ireland chairman, Richard Neal.

Awards were also presented to Peter Fitzgerald, founder of Northern Ireland-based Randox Laboratories,  and Joe Wilson of Chicago-based AON, a world leader in risk management services. After the luncheon, a number of the conference goers were taken on a tour of Red Hook in Brooklyn, billed as “a renaissance community,” with Brooklyn resident Rob Walsh, New York City Commissioner of Small Business Services, acting as guide.

The conference came to a celebratory finish Thursday evening when attendees were hosted by Irish Consul General Noel Kilkenny and his wife, Hanora O’Dea Kilkenny, at the consular residence on Manhattan’s East Side.